Bringing you friendly thoughts, reviews, and tips from the big screen to yours

While 2017 was not exactly the most fun year on record (to say the least), it did give us some pretty incredible films. Some were political or social commentaries, subtle or overt, like Get Out and Thor: Ragnarok. Others were good old-fashioned escapism, like Disney’s live-action remake of Beauty and the Beast. This was a year in which audiences desperately needed both. Be it cosmic coincidence, chaos theory, or well-timed release studio release schedules, the result was many great films.

Here are the Best 12 of 2017. The order is meaningless except for #1. It’s the top 12 because one for every month or whatever justification makes it easier for you.

This list is dynamic; if a movie I haven’t seen yet ends up being amazing, it may get added to the list. Check back regularly!

Reviews for each are linked in red.

This Star War either killed or saved every future Star War, depending on who you ask. To avoid the endless blather of fanboy warring, let’s stick with an undeniable statement: it’s the most beautifully shot film of the franchise, and also has adorable penguin critters.

It’s upsetting that you probably didn’t see this movie. You missed a haunting score and cinematography, a sharp screenplay, and a Best Supporting worthy performance from Gil Birmingham. 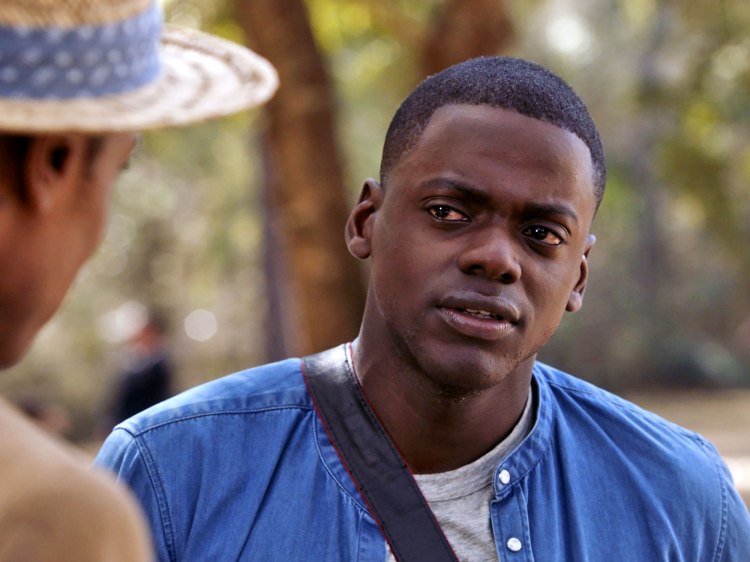 There is literally nothing I can add to the conversation that has already been had about this film. It will sound like a broken record of accomplishments. This was an incredible debut for director Jordan Peele. This was genre changing, if not creating. While the competition is stiff, The Academy will not be wrong if it names this the best film of the year.

A cultural milestone that relies on the actor’s history with the character, but not the character itself. This alone made it unique – the product being amazing was just a nice touch. It’s a superhero movie that hates that I called it that. It wants to murder that adjective and throw off all semblance of categorization. If nothing else, it’s great to see Jackman in claws, one last time.

Like Get Out, this movie touched into a zeitgeist moment that begs the question of its success in any other year. It feels pre-determined – it could only have been released this year, of all years, when we needed her most. Director Patty Jenkins proves her deep understanding of the character and her core themes. But the star is Gal Gadot, who in the same vein as Christopher Reeves when it comes to being inseparable from the character.

7. The Meyerowitz Stories (New and Selected) 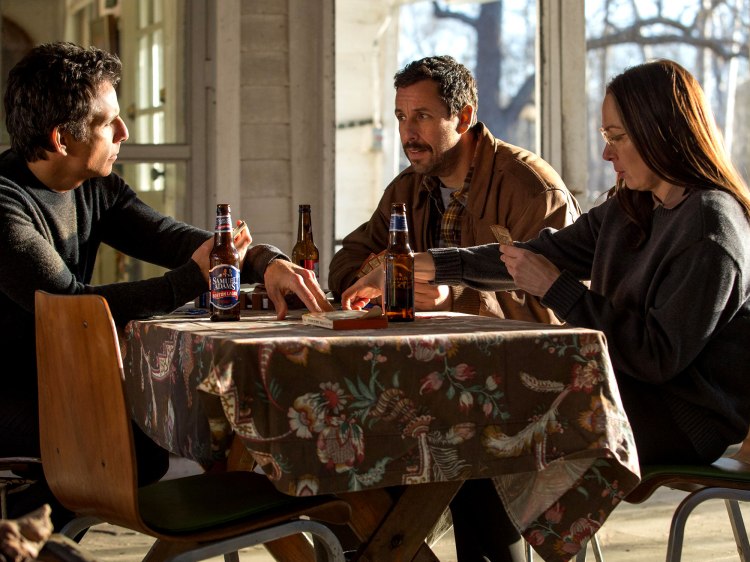 It is rare to see a film depict a family in such a true light. Not their surroundings or circumstances, but their interpersonal relationships. This is made most explicit in the overlapping and chaotic dialogue. Everyone is talking over one another, often all at the same time. No one is ever listening. And yet, there’s growth of character, and the plot moves on, just like the real life it reflects.

A slice of life film about a young woman in the midst of adolescence transition, Lady Bird manages to do something incredibly difficult: depict real people. The way they speak, act, and feel is all so relatable that it often feels like a home movie, were it not for the recognizable face of ever-better Saoirse Ronan. Director Greta Gertwig deserves a nomination for that alone.

History doesn’t repeat itself, but it often rhymes. In this case, Blade Runner 2049 rhymes with its predecessor in relative financial failure, controversy, and inevitable cult status. Were it created by anyone else, the final product may not have made the list. But the honestly breathtaking cinematography by Roger Deakins and production design by Dennis Gassner elevate it to the top. Turn it on silent if you want, and enjoy nearly 3 hours of pure, uncut eye candy. 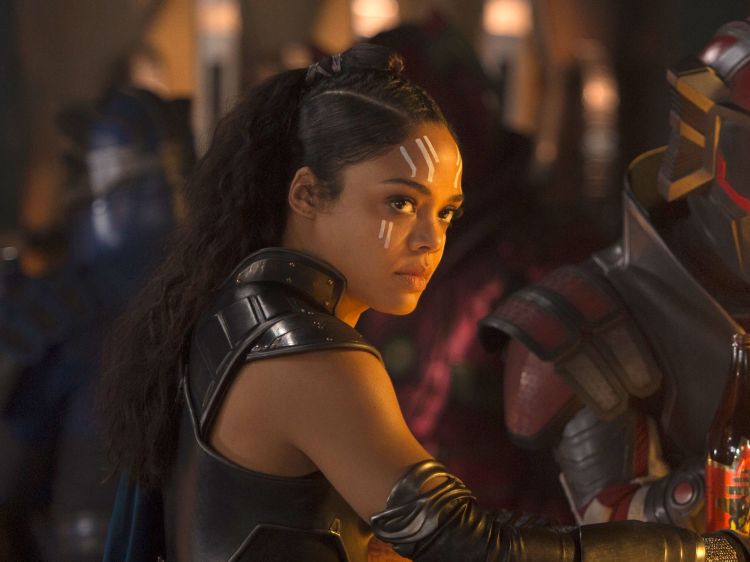 You would not be wrong to be surprised by a Thor film making a top anything list. But that only means you haven’t seen any of director Taiki Waititi’s masterful work. He took the stuffy Shakespearean Norse superhero and got weird with it. The result was one of the year’s funniest and most colorful films. What hasn’t got a lot of attention was its brilliant and understated political message. Even if you’ve missed the Thors so far, see this one.

This is one of Pixar’s finest works. The animation, color, music, and design are brilliant enough. But the story and characterization are masterpieces. The story is beautiful in its simplicity, while the character relationships have a complexity that is familiar – sometimes painfully so. The depictions of Mexican familial relationships and culture are beautifully rendered, often poignantly so. This deserves any nomination that can be thrown at it. 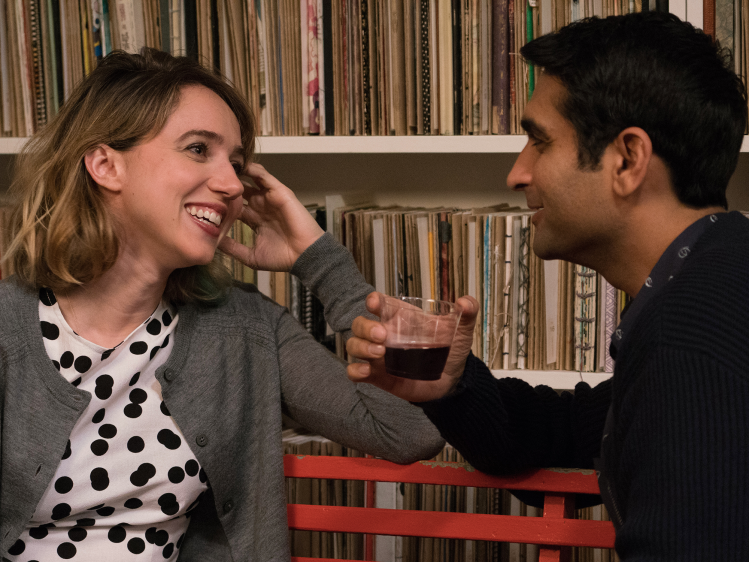 This is a romantic comedy only in the sense that it is about romance, and is comedic. It does not involve contrived meet-cutes. It does not believe that romance is the act of finally being together after innumerable tribulations. The Big Sick is about those struggles. The lengths to which we go for love, or what we think might be love. The inter- and intra-cultural conflicts that come with love. It’s a special, once-in-a-lifetime kind of story, and deserves any accolade given to it.

1. The Florida Project: Best Film of the Year

In a year full of contenders, it’s surprising that any one film could genuinely stand out enough to be considered #1. But, that’s just the kind of movie The Florida Project is. Here’s a list of adjectives that do not even come close to doing it justice: powerful, moving, colorful, bold, saddening, uplifting, frightening, fascinating, vivid, bleak, heartwarming, heartbreaking, wistful, childlike, and of course, incredible. Director Sean Baker continues to prove himself as one of most talented up and comers in the business. Which makes this movie even better; for many, this would be their masterpiece. For Baker, it feels like he’s just getting started.

Things I haven’t seen yet that might’ve been amazing so take what I say with a grain of salt.